Like the other top-ranked teams, UCLA will head into this regional with the luxury of being able to make mistakes and still advance. The Bruins haven’t recorded a score that would be remotely dangerous at regionals since the very first week of the season, and even in semi-problematic meets like Pac-12s when UCLA counted a half-fall on bars, the total was still 197.500—more than high enough to advance comfortably out of a regional. With a real hit, UCLA will expect to win this one by a full point, meaning it would take more than just a counting fall to make things interesting for the top spot.

This is where I’m supposed to talk about vault (because the start values!), but I’m actually going to talk about bars. Bars was expected to be a strength for the Bruins this season, and while the bars performances have been good enough, a rotation that’s kind of 9.825-9.850y until Lee and Ross show up to save the day is not going to win a national championship against the other top bars rotations. At this point, UCLA is not going to change its start values on vault (or, whatever, UCLA things), but cleaning up those mid-bars landings and handstands is something that can still be achieved and will be necessary if UCLA is to be a legitimate title challenger. Watch for that progress at regionals.

A huge opportunity for both teams. Arkansas and Boise State couldn’t really have asked for a better draw, not tasked with having to beat a traditional power, and both will like their chances of getting through to nationals out of this meet. Of course, there can be only one.

This has been a magnificent season for Arkansas, coming back from the disappointment of 2017 to rank in the top 10 once again. We knew it would be better, but not that much better. As much as having Wellick again has buoyed the team’s performance, just as much of the credit (if not more) goes to new competitors like Shaffer and Carter and improved returners like Garner, forced to transform from a bars/beam specialist into an all-arounder because that’s what the team needed from her. END_OF_DOCUMENT_TOKEN_TO_BE_REPLACED

Top-to-bottom, this is the deepest and toughest of the six regionals, but LSU is far enough ahead of the rest of the teams that it should be impervious to the upset mixer. From week to week, LSU has been scoring somewhere around a point higher than the other teams here, and even early in the season when LSU was a little scrappy and counting errors, the final totals were still 197.1s and 197.2s. Those are advancing scores. (A 197 has never not advanced from regionals—the highest score ever to miss out being Auburn’s 196.700 from 2013). LSU should have the luxury of counting a fall here and still getting through.

LSU did expose itself to side-eye-level concern at the conference championship with an only-OK performance that reflected a dip in level rather than a rise toward the postseason—no 9.9s at all on floor, a fall on vault accompanied by lunges on the 10.0 starts. LSU will need to pick up the quality of the landings, particularly on the leg events, to look like a title threat again heading to St. Louis.

That vault lineup remains fascinating because it’s still so unresolved. Priessman didn’t vault at SECs, but if LSU can’t rely on 1.5s from Harrold or Cannamela (which at this point looks to be the case)…do you go with Priessman, who has done the 1.5 once this year and who has Priessman-legs, or do you go with just the three 10.0 starts and hope that holds up versus Oklahoma’s four? Choices choices.

The fight is not limited to only two teams in this one, with George Washington and NC State entering as nearly equal contenders to the seeded teams, but if either Nebraska or Oregon State goes 196.8+ (which OSU has done five times this year and Nebraska four), that probably seals the second spot as a battle between the two of them and cuts off the unseeded challenges. So let’s start with our seeds.

Nebraska owns the ranking advantage, built on scoring higher at road meets compared to Oregon State, which hasn’t often ventured out of the 196.5 zone on the road. RQS is Nebraska’s friend in 2018, rewarding those highs on the road while dropping struggle meets like the Big Five, but if we were going by average, Oregon State would be ranked higher than Nebraska, having been the more consistent of the two teams this year. END_OF_DOCUMENT_TOKEN_TO_BE_REPLACED

The excitement brewing in this regional will come from the fight for the second spot. For the first position, Oklahoma is expected qualify and do so very comfortably. So inconsiderate. With Oklahoma typically scoring a full point better than the peak results of the #2 and #3 teams here, the Sooners would be able to count at least one fall (and probably two) and still advance. At the Big 12 Championship, Denver finished .700 behind Oklahoma, a very strong performance and respectable result but one that would still give Oklahoma more than a fall worth of leeway if repeated here.

More pressing in Oklahoma’s regional performance will be the chance to observe whether openings still exist in these lineups, ones that other top teams might wriggle their way through come nationals. We have seen those crop up from time to time this year. Small openings, but openings nonetheless: a couple fulls on vault that might be only OK, a couple lower 9.8s on floor, some scoring inconsistency coming primarily from the young’uns. The other regional #1 seeds would like to see those issues maintained at regionals so that Oklahoma arrives at nationals not as BEST SCORING TEAM RQS RECORD OMG but as a top-seeded team that could be vulnerable on the day. 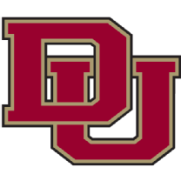 But here’s where it really gets good. There is so little separating Kentucky and Denver in this qualification race that it could reasonably go either way, and a hit meet from both would be very much a 50/50 prospect. Neither result would rank as a surprise based on what we’ve seen this season, and not qualifying for nationals will feel an unfair outcome for either team based on the seasons they’ve had. END_OF_DOCUMENT_TOKEN_TO_BE_REPLACED

For the win
One of the bigger surprises of the 2018 season: Florida not establishing itself as a true power. Now, Florida has been strong and fine and good and remains among the select few title contenders given the sheer talent potential on this roster, but Florida heading into SECs having broken 197.000 on the road just once all season? Never would have picked it.

As a result, for the first time in several seasons we come into the SEC Championship with a single solidly established favorite—LSU. LSU leads Florida by more than five tenths in the RQS standings and leads the conference rankings on three events (we’ll get to vault in a minute). Ergo, LSU is supposed to win this thing.

At the same time, when you compare the the lineups of the two teams routine-by-routine, there are really only minor differences that point in LSU’s favor, rather than FIVE TENTHS worth of clear advantage. It’s the superior landings on LSU’s early-vault fulls, the Macadaeg and Hambrick beam scores, Florida desperately missing that Baker floor 9.950. Important factors all, but also the kinds of things that can be overcome on any given day and could point to a closer fight than the rankings do.

If Florida really shows up—for the first time this season away from home—a close fight is what we should have, though one that still favors LSU on balance.

Let’s talk about bars, because that event has been critical in flipping expectations this season. Florida was supposed to be the stronger bars team this year (McMurtry! Hundley! Gowey! Baker! Baumann! Foberg! Boren!), but not all of that has panned out. Most importantly, though, LSU has been showing more comfortable and reliably stuck dismounts this season while also avoiding what seemed like inevitable depth problems. LSU didn’t have a lot of bars routines coming into the season, which is why the emergence of Sami Durante has been essential. Without her, LSU would have been in trouble coming up with six whole hit bars sets, and the event could have been a very different story. Florida will need to start sticking more than half its dismounts to mitigate the LSU bars advantage that has developed this season.  END_OF_DOCUMENT_TOKEN_TO_BE_REPLACED

Sure, the conference championships tend to mean more to the teams themselves and school-specific sports supporters than they do to gymnastics people (so…you were the best team…in a small, vaguely geographically based collection of…other teams? Hoorrrrray?) but we’ll take it. We’ll take it to the bank. Non-mattering-meet exhaustion has more than set in at this point. This time it kind of matters!

So, let’s try to get the excitement flowing with a little preview.

For the win
Ever since Utah joined the Pac-12, the conversation heading into the conference championship has been pretty similar. Utah versus UCLA, where UCLA has the talent and the scoring pedigree but is also kind of a garbage barge sometimes and might not bring it on the day to make things as close as they should be.

(And then we also respectfully allow for the possibility of the semi-occasional Oregon State “SUP MONKEYS” showing, which is likely out the window this season with OSU in the first session.)

This year, the overall shape of the meet is the same but the internal title dynamic has shifted by minor degrees. In 2018, UCLA ranks ahead of Utah by three tenths in overall RQS, as well as on all four events, and hasn’t displayed quite the same tendency toward CLANG every third meet that we typically expect from this team. For the first time since 2012, UCLA is making a legitimate argument as a top-3 team and a first-tier national title contender, all of which combines to mean that UCLA is supposed to win this meet.

Is it for real, though? Is UCLA really top-3 good? Or, is that ranking just a function of reputation-scoring and a few really excellent routines that paper over some other weaknesses that do not befit a national title winner? That’s a legitimate, still-unanswered question, and one that will be answered with a little more fervor one way or the other after this championship. If the Bruins are to be first-tier title contenders heading toward St. Louis, they’ll need to win this meet and show that they’re clearly superior to another high-level Super Six contender in Utah (in front of the same judging panel, neither at home). Otherwise, this is just another 2017 with 2017-level expectations. END_OF_DOCUMENT_TOKEN_TO_BE_REPLACED 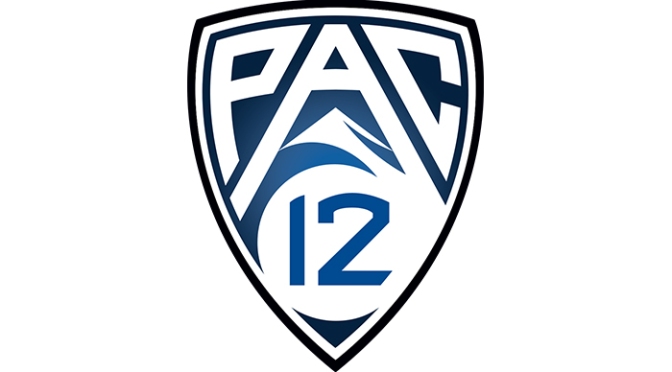 For the rotation order, the Pac-12 did things a little differently this year, just to make everyone confused. Rather than a predetermined draw, teams were given the opportunity to choose which even they’d like to start on, picking in seeded order. So for the evening session, UCLA chose vault, then Utah chose bars, then Oregon State chose floor, then Washington was left with beam and went, “We’re all going to get 9.875 anyway, so eat that SUCKAAASSSS.”

For the afternoon session, Cal chose vault, then Arizona broke with convention and took beam with the second pick, Stanford took bars, and Arizona State was left with floor.

Session I – Cal, Arizona, Stanford, Arizona State
It’s not completely ridiculous to expect a good score to come out of the first session, a score that at least challenges a couple of the teams in the top group. The scoring potential UCLA and Utah have displayed this year should see them pull away with hit meets, but a team like Cal having a good meet and finishing third is entirely within the realm of possibility. END_OF_DOCUMENT_TOKEN_TO_BE_REPLACED