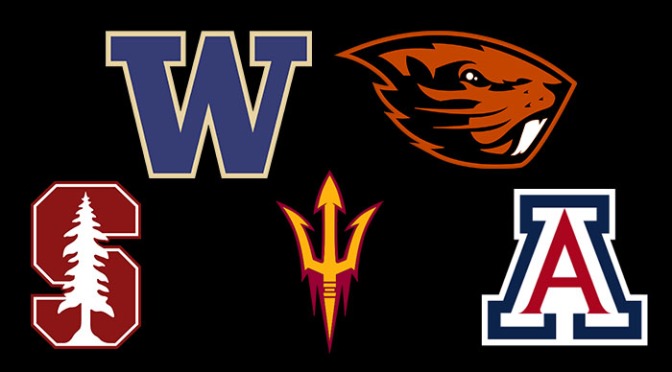 You can find the individual previews for the top-finishing Pac-12 teams from 2018 at the links here.

But for today, let’s play the lineup game with the remaining Pac-12 teams.

Washington will hope to trot out a new-look vault lineup in 2019 with a couple freshmen who have competed 10.0 starts in JO competition (Cunningham with a 1.5, Brooks with an Omel) and Geneva Thompson, who sports a strong full in her return from injury. All crucial pieces in the project to get the lineup out of the 9.7s.

Washington returns Monica Riley, who has emerged as a bars star in the past year and will be relied on again for 9.9s atop a lineup that should be pretty consistent with last season’s group. Washington will hope that the spot vacated by Burleson can be filled by Meaghan Ruttan, who showed a lot of potential on bars in her Canadian elite days.

Beam is Washington’s showcase event, but there’s some serious lineup work to do this season without Burleson and Goings to lead the scoring anymore. The 2018-backups like Washington and Nelson have competed plenty of beam before for 9.8s, so there shouldn’t be a dearth of legitimate choices, but the team will also look for the likes of Ruttan and potentially Vandenkolk to come along. Washington needs a couple new people to show that the 9.9 pace won’t be lost in the second half of that lineup.

As on vault, Washington will count on Thompson to provide a little new oomph to the floor lineup. Thompson can join the returning 9.850+s from last season to keep the floor scores edging toward those 49.3s. We haven’t seen a lot of big tumbling from the freshman class, but Vandenkolk has a front 2/1, and several others bring the kind of D-pass-landed-well gymnastics that Washington has thrived on these last couple seasons.

For the most part, Arizona State will be looking at a similar vault lineup to last season. At this weekend’s intrasquad, the team showed 8 vaults, all of which made appearances last season. ASU will expect to get Lentz back into the lineup as she returns from the injury that spoiled the end of her 2018 season, which would restore the supply of six usable vault scores.

Arizona State excelled on bars last season—often the team’s high score—largely because of the introductions of Leonard-Baker and Kuhm to the lineup. Those two will lead the scoring again this season. Bars is the one event where ASU does lose a routine from last season’s regionals lineup, so anticipate some experimentation with those who didn’t quite make the final group last year, Hart seeming a reasonable option.

Beam presents ASU’s deepest slate of choices with what I would count as 9 or 10 believable routines, so even though all of the sets from last season’s final lineup do return, there’s room play around. The quest will be to make sure everyone in the lineup is a weekly 9.800, which should be doable this year. Of the freshmen, Kaitlin Harvey was second on beam at JO nationals in 2017 and seems a reasonable nominee to come into the group.

As on the other pieces, Arizona State doesn’t have to do much lineup fiddling on floor this season if it doesn’t want to, able to return Lentz to the six and keep everything else the same if the team so pleases. Yesterday’s intrasquad presented very few routines from freshmen, which signaled a lack of alterations to lineups at least at this point. Although, Stephanie Tripodi was excellent on floor in JO, so if she’s able to go, watch out for that routine.

Oregon State will get its traditional 10.0 start from Jacobsen and will expect strong fulls from Yanish and Madi Dagen to produce the most useful scores at the back of the lineup. OSU did add a 10.0 start from Lena Greene last year as well, one that proved hit-and-miss on landing control but typically provided a counting score. This roster should provide a reasonable collection of fulls from which to experiment to find the 9.800s, though we haven’t seen a ton of 10.0 options.

The middle core of the lineup from last year remains intact, with Jacobsen, MCP, and Singley all likely to return to the six. OSU also found a useful 9.8 from Briscoe at the end of last season, which helps the lineup project look a little sturdier for this year. I always hope to see Gill on bars because she’s certainly among the most talented bars workers Oregon State has, though it never seems to play out by the end of the season. Yanish and Madi Dagen are possibilities as long as the content gets there, but Oregon State is also trying to develop new routines from Lowery and Yamaoka to ensure that the depth doesn’t drop off and they’re not stuck with some 9.7.

An absolute nightmare on beam at regionals is why OSU finished last season ranked a misleading 27th (this was a mid-teens level squad), but even though not having Dessaints on beam anymore is a blow to everyone, the beam reinvention job shouldn’t be particularly dire or urgent. Gill, Lazaro, Yanish, and Singley are all reasonable 9.8s coming back. Madi Dagen was super solid in JO on beam and should be there, and then you have a good half-dozen remaining contenders from which to decide who is the least terrifying through January experiments.

Oregon State’s floor is the team’s most encouraging lineup scores-wise, presenting legitimate 9.9 possibilities from Yanish and Lowery and a clean new routine from Madi Dagen that should make the six. With no lost routines from last year, we may not see too much change, but I would imagine continuing to try to get Force into the lineup will be a project. She has the difficulty but didn’t have the landing consistency to stay in the lineup last season.

There’s no Ebee, and you’re just going to have to deal with it. Stanford does return a 10.0 start from Flam that improved as 2018 progressed, as well as a very reasonable full from Bryant that will be counted on toward the end of the lineup. There’s also a possibility for Grace Garcia to get in there, someone who missed last season with injury but has shown a Tsuk 1/1 in the past. Look for freshmen like Waguespack and Brunette to see time as well if they can bump up the fulls project with a few more 9.8s and fewer 9.7s.

Let’s be honest, Stanford returns one bars routine from Bryant, and the rest of the spots are entirely up for grabs after the drastic situation last year. In that regard, I expect to see many, many freshmen. Every freshman with the possibility of a bars routine will get a shot, and with very reaslistic options from Waguespack and Micco and Brunette, Stanford will be optimistic that a total lineup refresh can happen. At the same time, I don’t want to close the door entirely on someone like Navarro, who is too lovely on bars to continue being stuck in handstand purgatory. I’m not listing Aleeza Yu in here because of her persistent back issues, but if she were to be healthy, you’d want her on bars.

Beam was not really the issue (that often) for Stanford last season, presenting a 49 more often than not and now returning five of the six people who made that final group. Although, with several similar-level 9.8s hanging around the periphery of the lineup and freshmen like Stepenson and Waguespack presenting the ability to push their way in, we may still see a different look to the beam group this year anyway. There’s no reason just to sit on last season’s lineup, and I anticipate a little more competition for spots this time.

Floor saved Stanford last season on many occasions with an anchor 9.950 from Price that brought the score back into the mid-195s, so I’m a little worried about how things will go this season without her. Stanford will still have big possible routines from Bryant and Flam, and will hope to add at least Hoang with a DLO to the returning group (if not some other freshmen as well) to ensure that floor can still save the meet should things go haywire elsewhere.

Key for Arizona this season will be getting Payton Bellows back, a 1.5er who missed the second part of last season with injury. Hers is Arizona’s best vault score and looks to be an essential part of the quest to get back to regionals this year. I also like the full option presented by Kennedi Davis in JO and would look for hers to be an important new vault.

I’m not worried about Arizona’s bars at the business end of the lineup, where the four returning athletes all sport 9.8+ routines and look like locks to return. I am worried that those four are the only athletes on Arizona’s roster that have ever competed bars in college. That means Arizona will also need to develop some routines from freshmen who didn’t necessarily get giant bars scores all the time in JO. Kane has the composition, so I’d certainly expect to see her on this event, and Duvernay shows some clean potential to make a lineup-ready routine.

Not having Cindric this season (or Ortiz for that matter) will prove a problem for Arizona, but Arizona did show a bunch of beam routines last season—the majority of the roster getting a chance to show at least one—so there will be possibilities to bring along this year as they gain more time and experience. I do like the options from both Davis and Kane among the freshmen, which will be necessary to fill out the slate of routines—at the very minimum. Arizona would prefer if they prove 9.8y in a way that can replace the lost sets.

Most teams can save their meet totals because of floor. Arizona was not able to do that often enough last season, ranking 44th on floor and going sub-49 in almost 2/3 of meets. Having lost all of the strongest scores from last season’s lineup, this lineup will need significant infusion, including the return of Payton Bellows as well any and all possible freshmen. I expect to see much of Kennedi Davis, who had a front 2/1 in JO, and Duvernay brings clean, open work on D passes that can do well in NCAA. Last season, Arizona had to throw out people to get 9.3s and 9.4s sometimes simply because they were bodies, and the team doesn’t want to have to do that again.